JTW were approached by our design partners MJ Architects and nominated as Principal Contractors to work alongside a committed team to design and build the UK’s first life size rainbow as a tribute to all the hard working and committed NHS staff throughout the Covid pandemic.

The rainbow was constructed using a large structural steel frame that was craned into position in 3 large sections and supported on two large concrete footings. The steel frame was then clad in waterproof tile backer board then fitted with over 20,000 individual brightly coloured mosaic tiles giving a stunning visual effect once complete. The rainbow has LED strip lighting which lights it up at night giving a stunning effect.

JTW were very proud to be a part of this project and part of the team to deliver this tribute that will stand testament to the resilience of the NHS staff and all families and friends who were affected during such a difficult time for all.

Watch the official introduction to Nightingale’s Rainbow on Facebook. 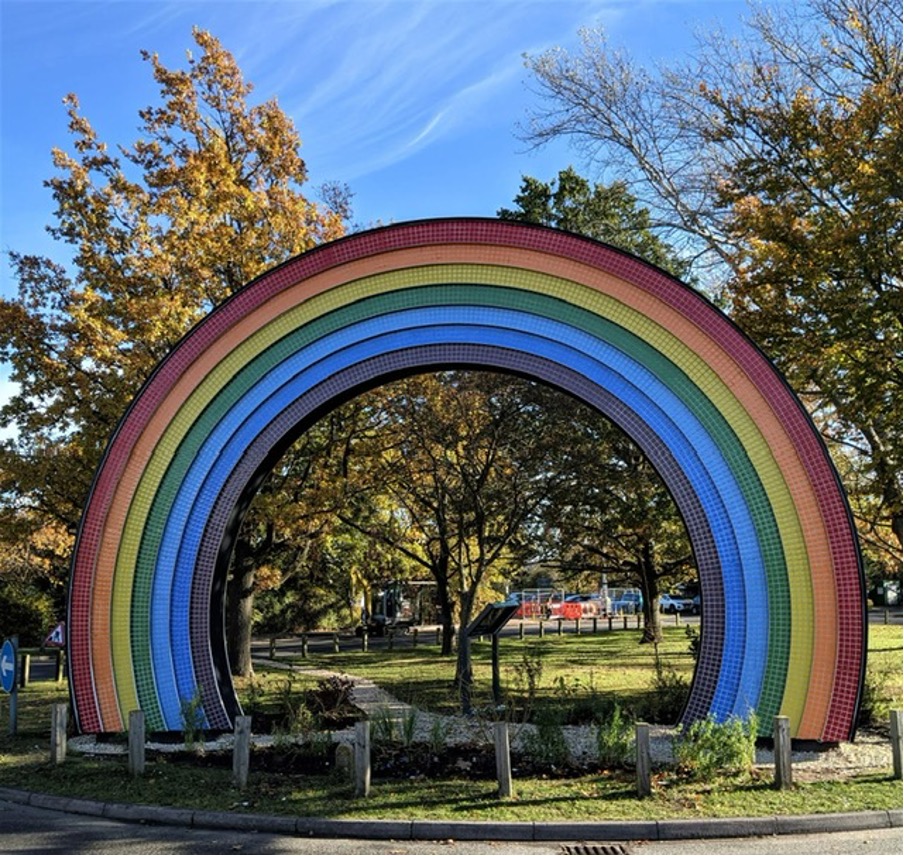 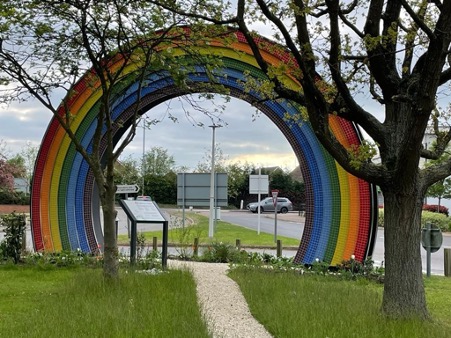